Skip to content
The Cube is operating as normal. Please read our COVIDSafe guidelines before visiting.

First came the robots, and then came the people by the thousands.

QUT’s biennial robotics and technology festival on Sunday August 18 proved to be a smash hit with 22,000 people turning up on the day to do everything from build their own robots to watch robots battle it out.

Robotronica 2019 was again held at QUT’s Gardens Point campus and everyone from keen roboticists to families looking for something fun to do took advantage of the perfect weather of Brisbane winter at its best. 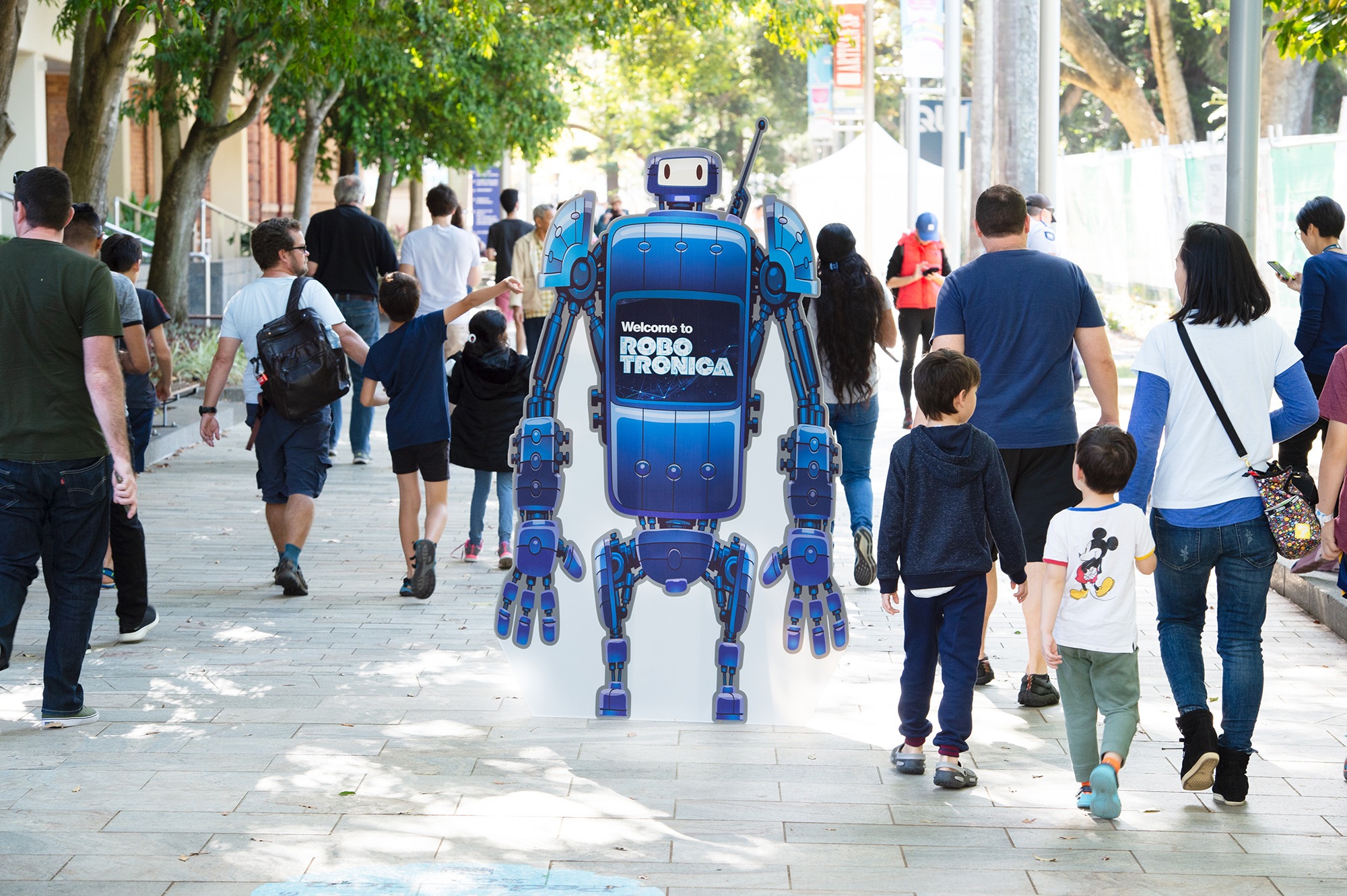 The year’s Robotronica was the largest program to date with more 70 events and activities and the first Robotronica event to have involvement from every QUT faculty.

The long line of strollers outside of P Block was just a sign of the fun inside, with the debut of the interactive game The Robot Factory enabling people to create more than 10,500 delightfully whacky and wonderful digital robots on the day. Robowars proved to be a hit again, with Brisbane roboticist Dr Steven Martin and his 110kg Mick Dundee-inspired battle bot DeathRoll  controlling the action at the Robowars tournament.

While the action in Robowars got the heart racing, there were plenty of exhibits that were just as stimulating for the brain cells.

To create the future, first you have to imagine it and the works of QUT Creative Lab’s Director Professor Louis-Philippe Demers, including Inferno and The Blind Robot, presented an interactive experience that challenged people to think about the relationship between people and technology in the future.

For the Queensland public, Robotronica was the first opportunity to get up close to ZOE2, the most advanced cooperative and automated car in Australia, and hear from QUT researchers about the big issues that need to be tackled in the drive towards autonomous cars.

The people who came to Robotronica got to meet social robots, such as temi and Sanbot, spider-like robots like CSIRO’s Gizmo and robots ready for any emergency, like BIA5’s OzBot robotic platform.

There were robots that are already making a difference, such as RangerBot which has already been used on the Great Barrier Reef, and robots that will make a big difference in the future, like SnakeBot fitted with computer vision capabilities and the ability to navigate around human anatomy.

Check out the photo gallery below with some of the highlights.